Jackson Hole, Wyoming – February 15, 2017 – 25 years ago, the Western Design Conference Exhibit + Sale (WDC) was founded by Western enthusiasts with a goal of preserving and perpetuating the best traditions of Western design through education and the exchange of ideas. Initially held in Cody, Wyoming, today the home of the WDC is Jackson Hole, Wyoming. As a signature event of the Jackson Hole Fall Arts Festival, the four-day Exhibit + Sale welcomes thousands of guests and over 130 juried artists, craftsman, fashion and interior designers from around the country, all sharing a passion for showcasing the finest quality functional creations that capture the spirit of the West. This year’s Silver Anniversary WDC takes place Sept. 7 – 10, 2017, at the Snow King Events Center in Jackson Hole.

Owner Allison Merritt worked to grow and evolve the Western Design Conference for seven years as an event manager, including establishing the gala Opening Preview Party and runway fashion show as one of Jackson’s must-attend events. Merritt purchased the Western Design Conference in 2014 and has continued the event’s role as the preeminent exhibition of Western furniture, fashion and home accessories, featuring work by a juried selection of contemporary artisans at the cutting edge of Western-inspired decorative arts and working in historical American craft methods.“The fresh perspectives and creativity found at the Exhibit + Sale continue to draw first-time attendees and longtime patrons annually. It’s clear that Western has many meanings and that one-of-a-kind doesn’t have to mean unaffordable. Much like the artists themselves, their unique work features everything from western to contemporary and encourages a fresh and open-minded approach to design,” says Merritt.

The Opening Preview Party kicks off the event Thursday evening, Sept. 7. Packed with festive cocktails at five open bars, gourmet food and an excited crowd of local and visiting guests, the party features the much-anticipated annual live runway fashion show where models strut the catwalk in Western designer couture. In 2014, Merritt introduced another new feature, the Designer Show House. Visitors explore the true-to-scale home constructed in the center of the event, where top interior designers showcase their work in six different rooms that illustrate how to incorporate fine elements of Western craftsmanship into a home. Over the years, the WDC has evolved much like the work showcased; it is truly a one-of-a-kind experience where guests can experience and purchase the museum-quality art, talking shop with artisans and learning the stories and inspiration behind the craft. The recently added Retail Row now provides an entire wing for shopping Western goods such as boots, jewelry and home décor. As it celebrates its 26th, the WDC continues to surprise and delight new and returning guests. Through the rise of the maker movement with its increased interest in artisanal and historic techniques and locally sourced materials – as well as the growing popularity and appeal of the West with an educated and dedicated creative class – the four-day WDC Exhibit + Sale features unexpectedly sophisticated renditions of “cowboy couture” and the finest examples of uniquely crafted home furnishings. VIP tickets for the Opening Preview Party on Sept. 7 sell out quickly, and can be purchased in advance online at WesternDesignConference.com.

About the Western Design Conference: The 26th annual Western Design Conference Exhibit + Sale is a four-day, multimillion-dollar event that brings together craftspeople, collectors, interior designers, architects and fashion designers with a love of the West. The Western Design Conference was founded 25 years ago in Cody, Wyo., as a way to promote contemporary artists working in historical American craft methods. The WDC moved to Jackson in 2007. Allison Merritt, who purchased the WDC in 2014, continues the strong commitment to Western arts in Wyoming while expanding the reach of the show. Additional information on the WDC, including schedules and tickets, is available at www.westerndesignconference.com and on Facebook and Twitter @WesternDesign. 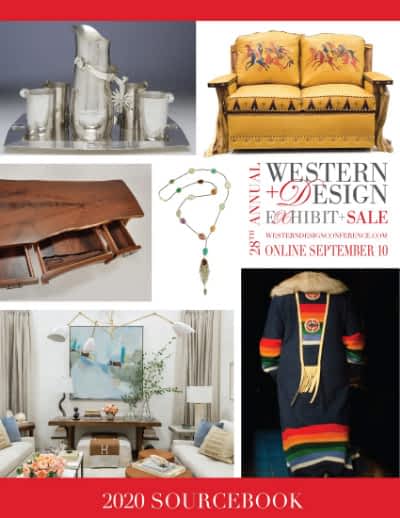