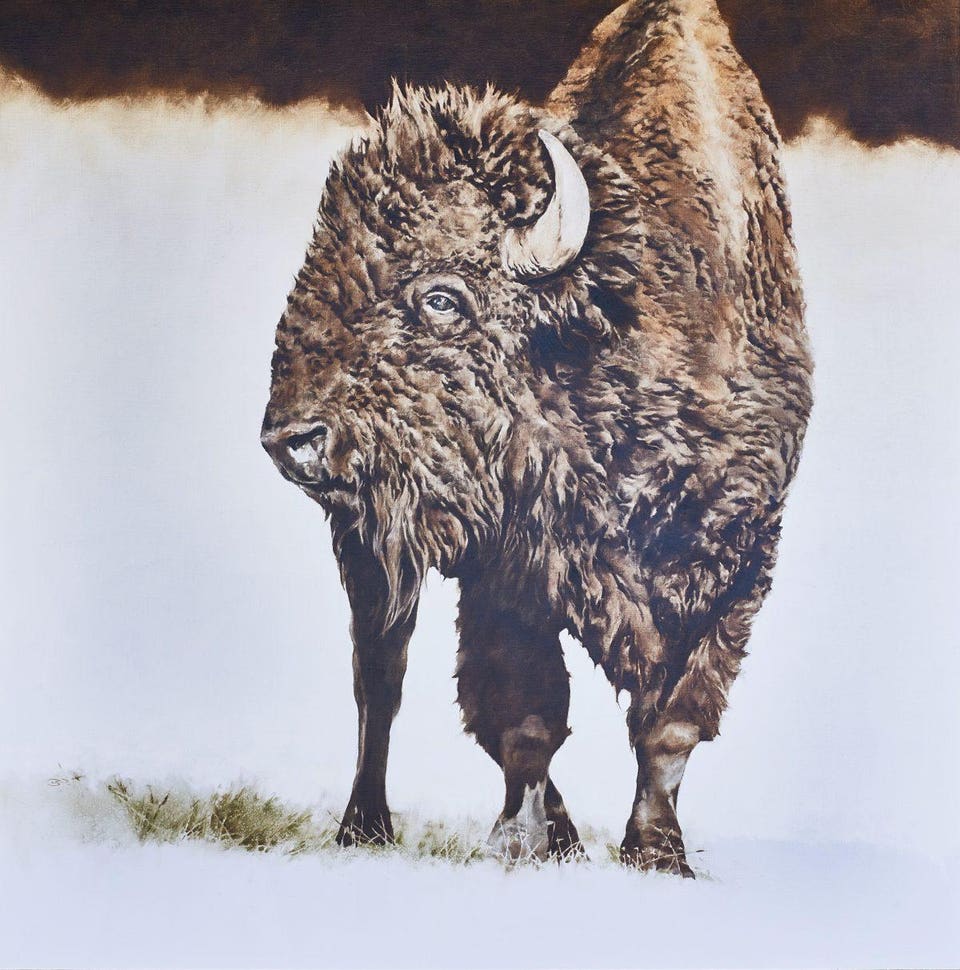 There’s never a bad time to visit Jackson Hole, WY and mid-September may be the best. The summer crowds have left. The winter crowds have yet to arrive. The weather is crisp, but not yet cold. The leaves are turning colors. The wildlife is active preparing for winter and the Jackson Hole Fall Arts Festival takes over town.

“When you arrive in Jackson Hole, you’re greeted with signs that read, ‘Howdy stranger, yonder is Jackson Hole, the last of the Old West,’ and this sentiment rings true throughout the town,” Madison Webb, auction coordinator for the Jackson Hole Art Auction, said. “Selling Western art in a uniquely and undeniably Western locale adds a legitimacy to the pieces, and also places them before an audience that is already enamored with the Old West.

“The same is true for the wildlife art that we are so well known for. Where else in the country can you preview high-caliber works of art featuring bison, grizzly bears, and moose—and then see those same animals in the wild just miles away? While many auctions are held in casinos, or banquet halls, we are able to bring the mountain character of Jackson Hole into every element of our event, including the venue.”

The Jackson Hole Art Auction, taking place this Friday and Saturday, doesn’t have the auction market cornered in Jackson Hole this week as the National Museum of Wildlife Art will be hosting its 31st annual Western Visions show and sale this Friday as well.

“It is our most exciting time of year – this concentration of visitors who are here in Jackson specifically to engage with the arts whether it be through galleries downtown, or the Western Design Conferenceor all of us arts organizations and non-profits that participate in the Fall Arts Festival,” Amy Goicoechea, director of programs and events at the National Museum of Wildlife Art, said. “There’s fabulous energy – guests and visitors and even locals who re-engage or participate with all of us arts organization in a very different way than they do the rest of the year.”

The Jackson Hole Fall Arts Festival began last week and continues through this Sunday featuring a wide variety of events including the aforementioned auctions, rodeo, stage performances, gallery exhibits, an art fair and artistic how-to seminars to name a few.

While this week serves as a high point, Jackson Hole has become an arts hot spot year round.

“It is amazing that in a small, remote Western town like Jackson Hole there is a world-class fine art museum, there are also a tremendous number of amazing art galleries, and thirdly, there is a very vibrant and dedicated artist community,” Goicoechea said.

Adding to the buzz this year, a late addition to the Jackson Hole Art Auction from two names synonymous with Americana: John Wayne and Norman Rockwell.

The two met in 1973 when Wayne visited Rockwell in his Stockbridge, MA studio to sit for a portrait. The portrait, featuring Wayne dressed in cowboy garb set against the backdrop of a mountain pasture, was commissioned by the National Cowboy Hall of Fame and Western Heritage Center and celebrated Wayne’s induction into the Hall of Great Western Performers. The 38 x 31 inch oil-on-canvas is expected to sell for over $1 million. 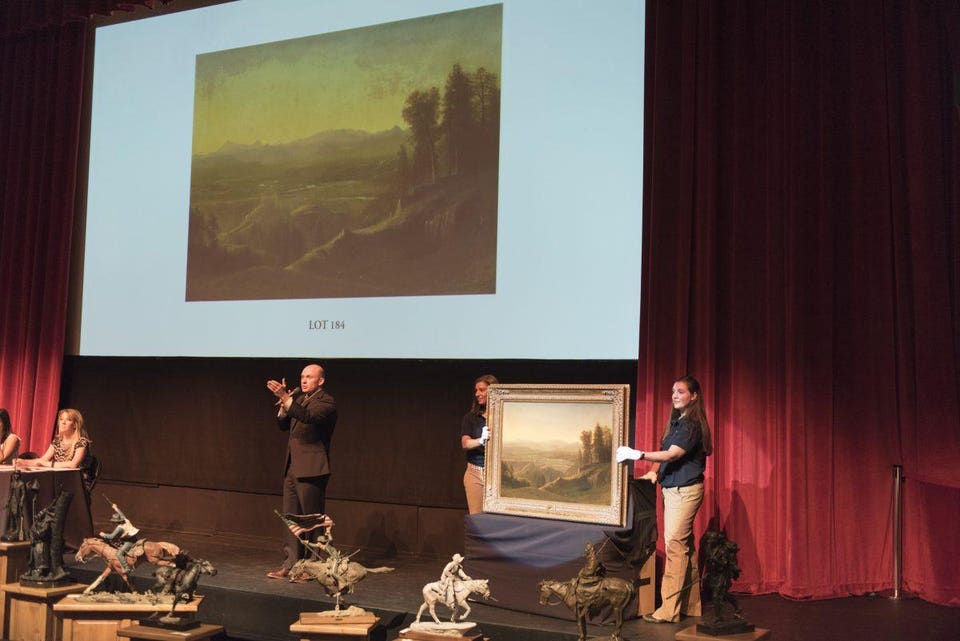 If you don’t have seven figures to spend on a painting, you’re still welcome to participate.

“One of the main changes we’ve made in the last few years is the inclusion and expansion of our Session I sale, which is held on Friday (September 14),” Webb said. “Session I features high quality lower-priced inventory that is geared towards the emerging collector.

John Wayne hits the sweet spot of more than one attribute which keeps attracting audiences to Western art.

“There is definitely an element of nostalgia—a yearning for the wild, pure, and untamed days of America’s expansion and western frontier,” Webb said. “It is also one of the most uniquely American genres of art, and many collectors feel a patriotic drive to preserve and celebrate it. As America’s wild places continue to dwindle and shrink, there are increased movements for conservation, and those also translate into the art world. While species become endangered and habitats dissipate, artists are still able to depict them and use their art as a platform for change.”

“What I’ve seen in the past three to five years is an expansion of the stylistic offerings,” Goicoechea said. “There’s this ever-expanding and growing exposure of wildlife art that is not in the very traditional or hyper-realistic stylistic genre that many people associate with our collection or wildlife art from the past 25 years.” 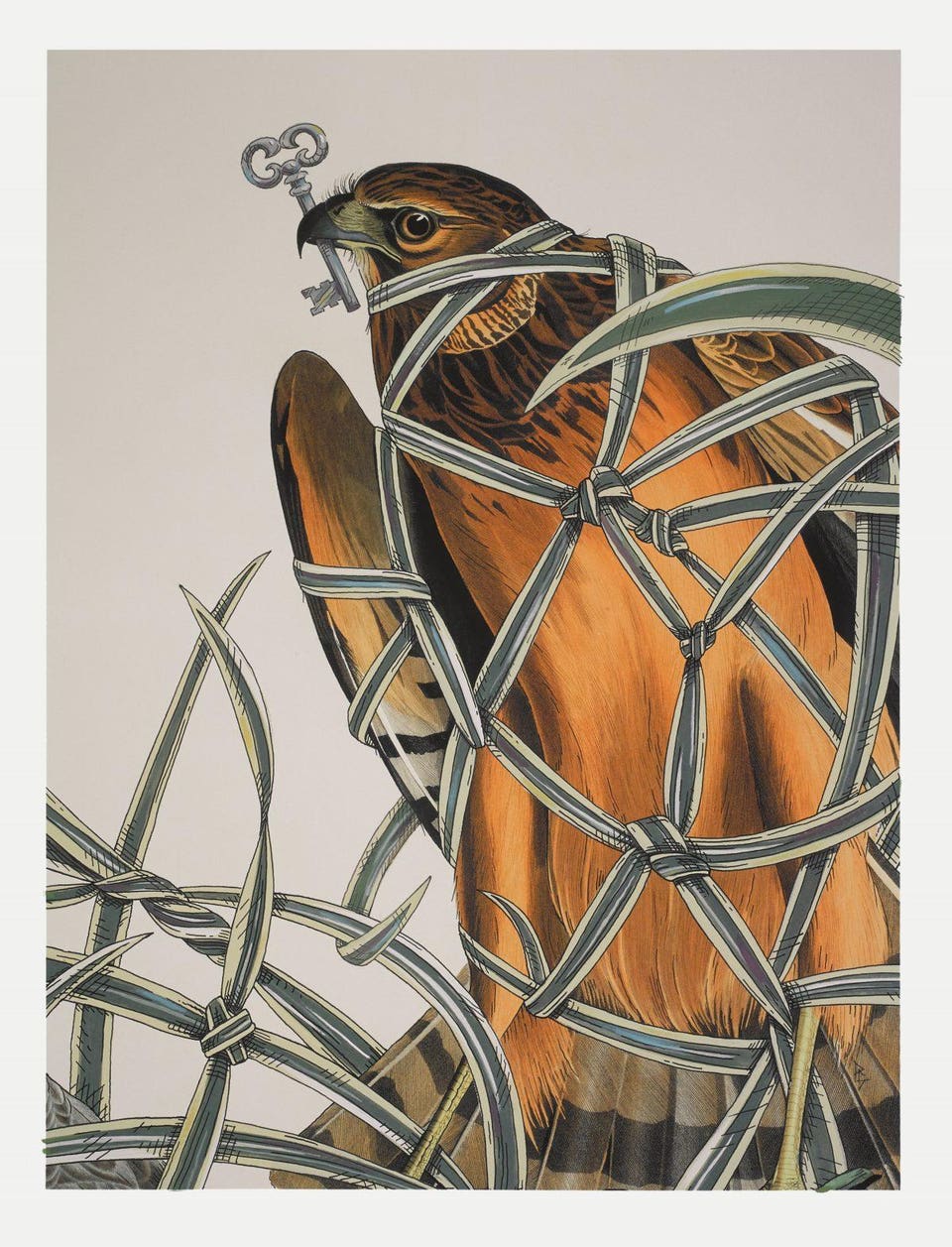